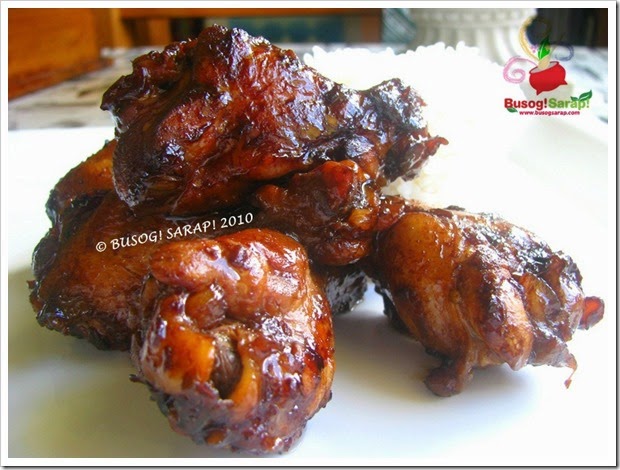 Kulinarya’s theme for the month of January 2010 is ADOBO.

Adobo is considered as one of Filipino’s soul food.  There are many different version of Adobo, some add potatoes, some recipes have sauce, others are drier and others add coconut milk. This dish was called Adobo during the Spanish colonization of the Philippines, but it’s totally different with Spanish Adobo which is a combination of seasoning widely used in Spanish cooking.

They say authentic Adobo doesn’t contain soy sauce, this ingredient was added later thanks to the Chinese influence.  In the olden days in the Philippines, they use this form of cooking to prolong the shelf life of pork as there was no means of refrigeration in those times.  I have tried a couple of Adobo recipes and by cooking it often, I have manipulated the ingredients to my liking.  Even my loving Mr. H has his version of Adobo with more complicated ingredients.

Adobo dish is so common in the Philippines that the local sari-sari stores (mini shops that sells everything), sells mini plastic packets with 3-5 whole peppercorns, 2-3 small cloves of garlic and a bay leaf for a few pesos ( a couple of cents when converted to AUD).  I remember this when I use to help my lola in her sari-sari store in Laguna, they buy this packets stapled individually in a strip of long cardboard.  Just imagine if we have sari-sari stores here in Australia, we can buy little amounts and don’t have to worry about expired ingredients.

I have featured Adobong Sitaw (Snake Beans Adobo) last December and now I will be teaching you on how to make Busog! Sarap! Chicken Wings Adobo (Adobong Manok).  This is a one pot, you load up everything and cook dish.  I highly recommend you to try this, I fully guarantee that your family will love this  Chicken Adobo version of mine. 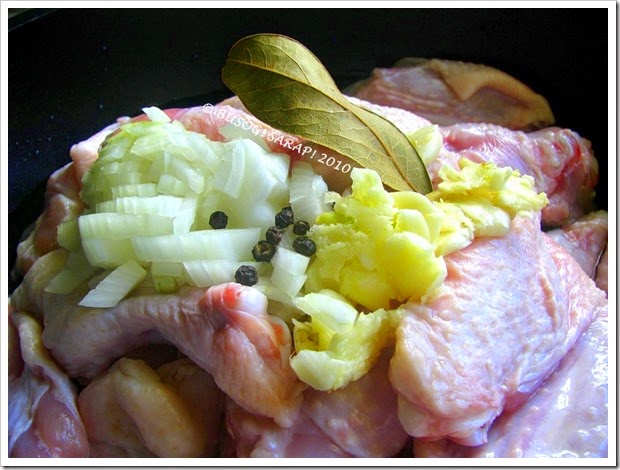 ~  Clean and trim chicken wings, cut into 3 parts and discard the wing tips.  Place chicken pieces in a large pot or deep frying pan.  Add all the ingredients except the soy sauce. 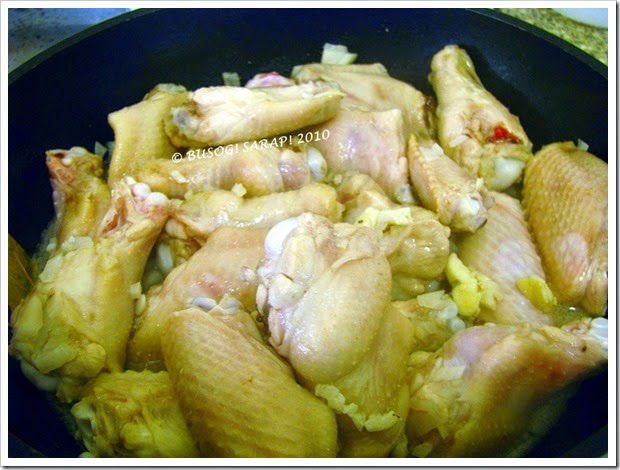 ~  Bring to boil and let it simmer in medium-low heat.  Cover with lid and occasionally stir the chicken pieces and skim the dirt foam off the surface.  After 15 minutes, take off the lid and let it simmer till liquid is approximately about half of its original amount. 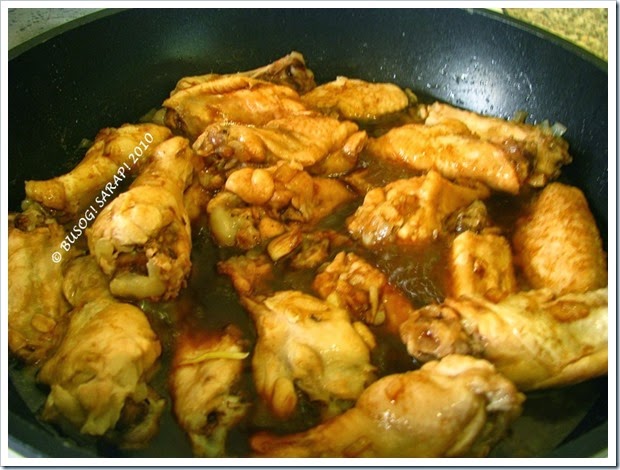 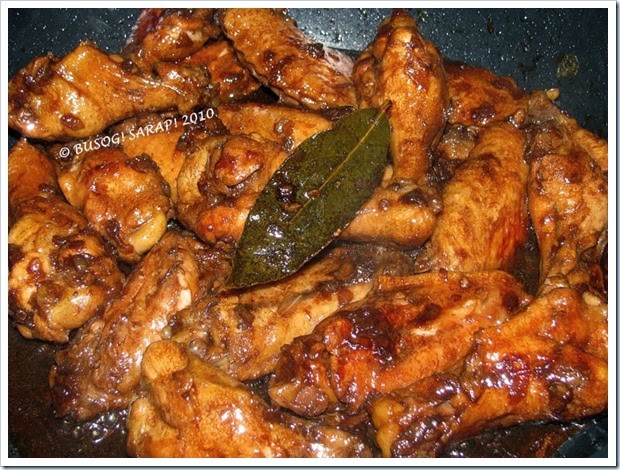 ~  Once the sauce is just covering the bottom of the pan (refer to the photo above), you can stop cooking the Chicken Adobo further if you want a saucier dish. 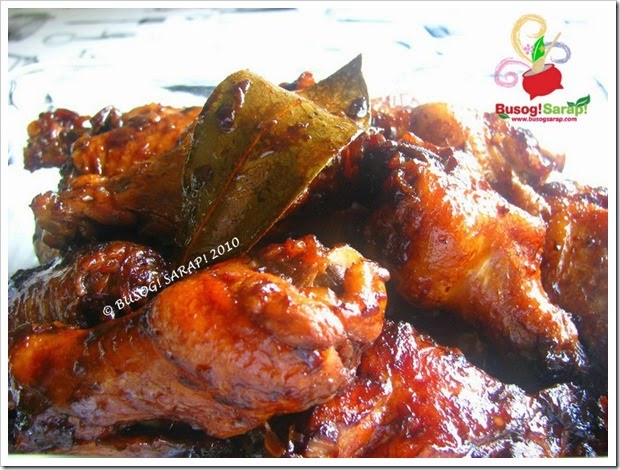 ~  If you want a drier version like the picture above, cook it further till it renders fat and slightly fry chicken pieces till it’s sticky and has a deep golden brown tinge to it.